Our website uses the absolute minimum number of cookies to work properly on your computer. We do not track or monitor our visitors, nor do we knowingly allow third parties to do so.

These yacht racing books were written by legends of the sport – Bernard Moitessier and Sir Robin Knox-Johnston competed in the 1968 Sunday Times Golden Globe race. John Bertrand skippered Australia II to victory in the 1983 America’s Cup – the first and only team to beat the Americans for 132 years. His personal account of that campaign reads like a thriller – unarguably the most excitng book ever written about sailing.

The yacht racing books listed here are for sale via ‘affiliate links’ – you don’t pay more, but we earn a small commission for making the recommendation. 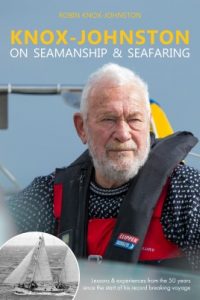 Knox-Johnston on Seamanship & Seafaring: Lessons & Experiences from the 50 Years Since the Start of His Record Breaking Voyage 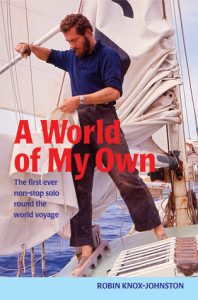 A World of My Own: The First Ever Non-stop Solo Round the World Voyage – Knox-Johnston